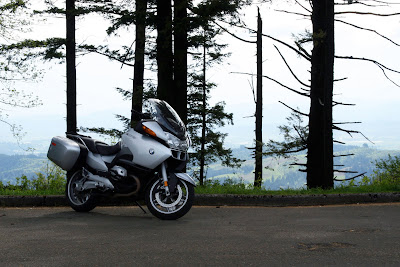 Two years ago today the liftgate on the delivery truck touched down on our driveway with the Beemer.  Little did I know it would begin an adventure that I still can't believe I get to enjoy. 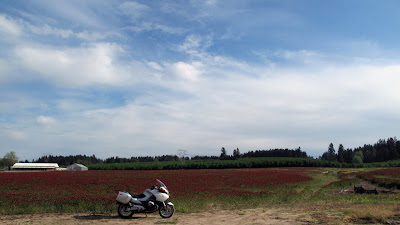 I've met so many wonderful people as a result of riding. Being among those who experience the thrill of straddling a motorcycle is a privilege. As the weather warms and more riders take to the roads it's great to see how many choose this form of traveling.  I've made a personal commitment to wave to all other riders.  I figure they deserve a salute of respect for being on two wheels. 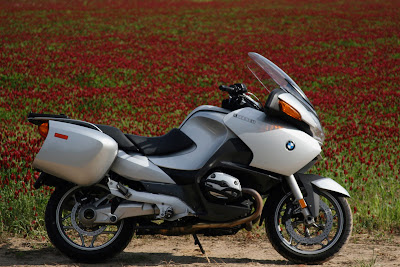 The other night one of our daughters reminded me that the motorcycle was responsible for getting a new sales account.  I had been trying to sell the hospital for years and getting no where, not even an appointment.  One morning as I rode into the parking lot I saw one of the engineers working on his motorcycle. I walked over and starting talking with him while he adjusted his clutch cable. He was on his morning break.  We didn't talk business at all - only motorcycles.  When we went inside he introduced me to his manager and said that they should start having me come around regularly and buying from us.  I was pleasantly surprised. 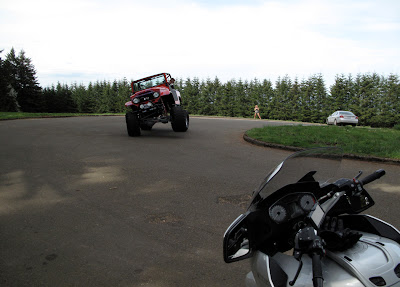 Yesterday, just before leaving the park where I took the first photo a man and his wife and son pulled into the lot in this well restored Toyota Landcruiser.  He drove around the grassy circle raising one and sometimes two wheels off the ground while his wife took pictures. It was fun to watch and a unique way to get on two wheels.

As I wrote one year ago today, I had no idea that riding would grip me the way it has when I began riding again 3 years ago.  "And with the number of riding years ahead of me dwindling, I'm going to continue to enjoy as many miles as the good Lord will allow."

Again, I wish you many enjoyable and safe riding miles.

Knowing When to Stay off the Bike 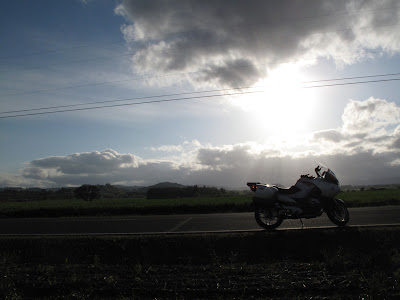 While riding late in the afternoon almost two weeks ago I stopped to catch a silhouette shot.  Many times when I'm riding ﻿late in the day or first thing in the morning I see a photograph I'd like to take but it means pointing the lens toward the sun.  I don't mind doing this, in fact I break this photographic rule quite often. I can never get the photo to look the same way my eyes see the landscape.  It has either too much highlights or the shadows are too dark.  I know that HDR processing would take care of this but I wonder if someday cameras will have the technology to see what we see. 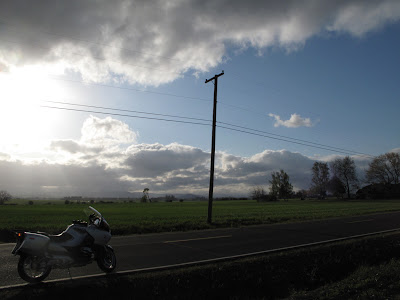 Isn't our ability to see things the way we do amazing?  Our eyes automatically adjust to highlights and shadows and even take care of white balance.  I believe they are more evidence of an intelligent Designer. 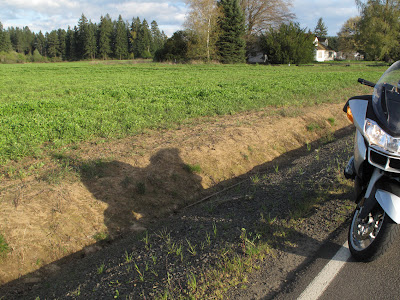 Today was the first day that I've been on the motorcycle in almost two weeks.  I've had some sort of "bug".  It wasn't a cold because it didn't progress like one.  It started with a sore throat and aching then went to a persistent cough that's still hanging on. I feel much better but this morning as I twisted the throttle to accelerate onto the freeway towards downtown I felt a little fuzzy.  Fuzzy as in not quite as quick mentally.  Within a few miles that feeling went away.  It was good to be in the mix again stirring it up with the morning commuters. 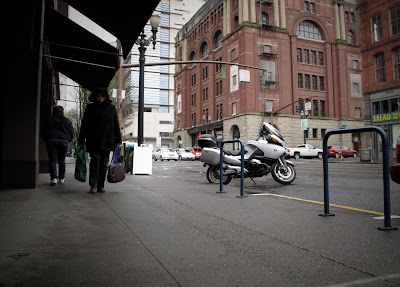 A good friend, who is also a customer of mine, rides diligently everyday about 45 miles into Portland. He has a saying when he's sick.  He says he doesn't like to ride when he's not "on top of his game".  I like that plan. It sound like he's a key player on a sports team and doesn't want to let the other players down. This is brought into focus when I think of my family as my team.  And even other drivers on the road, those folks are counting on me to be on my A game as well. 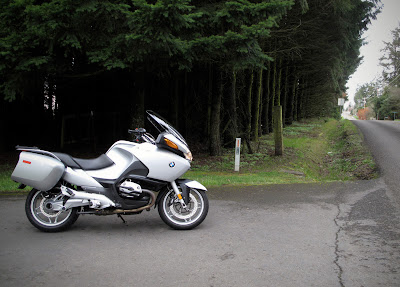 As much as I dislike staying off the bike, especially when it's sunny and everyone is riding, when not feeling 100 percent it's best to keep the helmet on the shelf.
I hope you're on top of your game these days.  If not... don't let your team down.
God's speed.
Posted by Mike at 10:13 PM 11 comments: