Fading into the Fog... 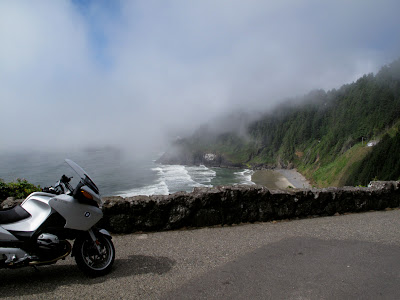 (Heceta Head Lighthouse point)
A Beemer and its rider fade into the coastal fog...
Posted by Mike at 8:11 AM 7 comments: 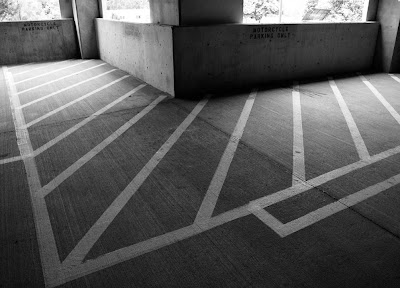 Nary a motorcycle or scooter in this popular spot. It kind of represents my riding lately... empty or at least spotty. For most of the week I've been fighting some sort of virus that must be going around. It's not like a cold. It's a general state of crumminess with laryngitis and occasional coughing fits. And a fuzzy mental state that's not too conducive to piloting a motorcycle.

With that in mind I haven't had anything to post regarding motorcycling. But I don't want this blog to fizzle out so I thought I would check in with this brief update.

In the last week I've started about three posts. But the truth is I haven't felt the desire to post. Maybe it's partly due to the run-down feeling but I think it also has something to do with my focus on this blog. I'm thinking that I haven't been true to the title. Sure, I've been riding and we all think, but I don't do posts on what I think about. So I'm going to either have to do posts on what I think about or just stop thinking. Or maybe change the name of the blog so I don't have to stop thinking. Nah, I think I'll do some posts which include more thoughts during the day's travels. 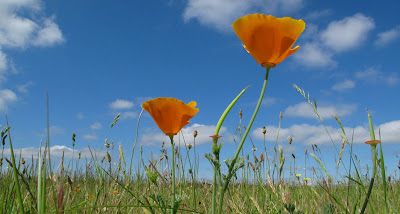 I did go for a ride earlier. I rode over to our oldest daughter's garage sale. Our granddaughter had a lemonade stand with cookies too. Since all I had was a $10 bill I owe her some coin. She's such a sweetie!

Later I rode to the BMW shop to figure out the best way to wire-up my Garmin GPS. My wife won it in a drawing a couple of years ago. I haven't mounted it to the bike yet but I'm riding to the central Oregon Coast for a couple of days next week and I thought it would come in handy. 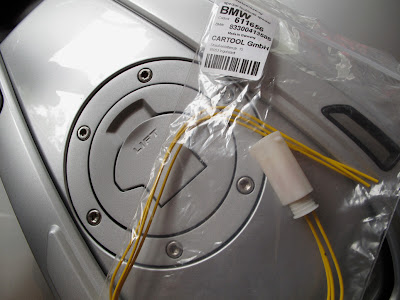 This little wiring pigtail will allow me to rig the power cable directly into the Beemer's electrical system without messing up the tricky Canbus system. The other option is to wire things directly to the battery with a fuse block but this will be a nice way to make it the way BMW intended with their accessory Garmin. The factory leaves a connection tucked under and in front of the triple tree for accessories.

I hope you've been able to ride this weekend. To all the Dads out there, Happy Father's Day! 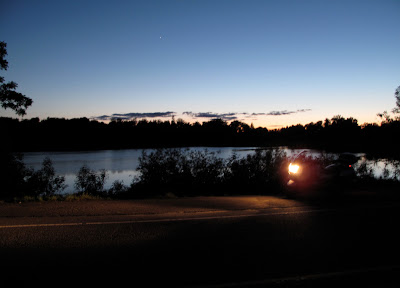 This was the scene last night while riding home from the jail.  It has a slight blur because I had the ISO low to keep the grain down.  It was about 9:45 with a fair amount of light left. I'm really liking these extended hours of light and we still have a couple of weeks until the longest day of the year.  Around here the fireworks on July 4th don't start until 10 pm.

I know there are more risks to riding at night but I still like it.  It's hard to beat riding in the early morning and watching the sun rise or in the evening on a full moon.

Venus is always lurking in the western sky at sunset.  If you look closely you can see it.