A Couple of Errands 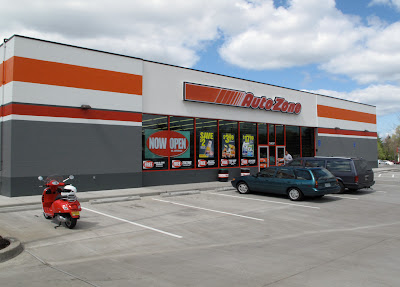 Last night when Amber got home from work she said the 4Runner had a funny smell. When I went to check there was a slight amount of steam coming out from the grille.  Upon opening the hood it was apparent that coolant had sprayed across the front of the engine. There was a slight hissing sound which lead us to a couple of cracks in the top of the plastic radiator. It's usually good when these little opportunities happen late on a Friday but they tend to tweak the weekend plans a bit.

I took the Vespa to the parts store this morning because it's the ultimate errand machine at roughly 65 mpg. I also took it because it's fun and it was a beautiful day and it needed some attention. I guess it could be called a mini Italian Garage Queen.

An Auto Zone opened about a month ago in our town and I am happy to give them my business. I like Auto Zone and it will replace the other store I've been using for generic parts. 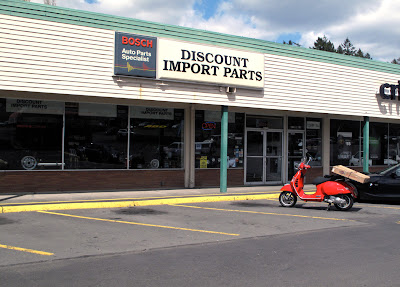 Here is were I buy the import parts. I've shopped here for years. They know me and their prices are very competitive. When I called earlier in the morning to order the radiator they gave me a choice. A plastic one for $129 or a metal one for $210. Since we have about 357,000 miles on the original plastic one I went plastic again. The only stickler with these guys is sometimes I don't get the right part and don't find out until I can't make it fit on the car. More about that in a minute.

I used bungy cords to lash the radiator to the Vespa. That was a first. I mentioned to a guy walking into the store that the ride home might be tricky. He said yeah, but he's been to Asia and seen worse on a scooter. I was slightly concerned about the radiator falling off and the car behind me running over it. 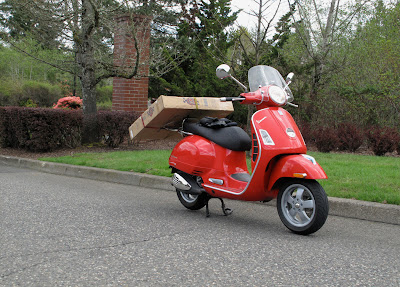 These hairline cracks shown below were the problem in the old radiator. I think we got our moneys worth out of it though. The 4Runner is 15 years old. 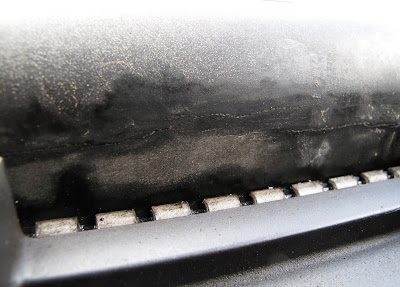 Before leaving the store with the new one, Gerald the counter guy, was bothered by the fact that the box had been opened previously. We checked it and everything looked okay but it wasn't until I got it bolted in and went to hook up the bottom hose that I noticed the radiator was too short. It turns out it's the wrong one. I'll get it exchanged on Monday. This probably happened to the last guy who bought this one. Sometimes Murphy's law is unavoidable when it comes to cars and motorcycles. 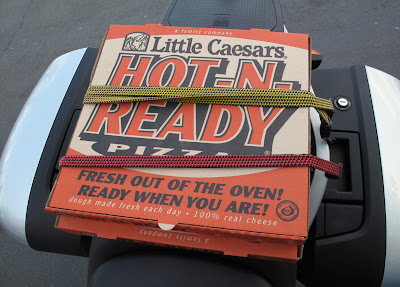 Late last night Amber came down with a 24 hr. flu as did one of our daughters. I was chief cook and bottle washer so dinner tonight was quick and... cheesy. 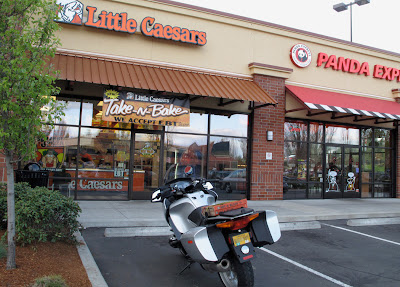 This was another first. I've never brought pizza home on the bike. The best part was hearing the comments people made. Even the guy in the store asked, "How are you going to get the pizzas home on the bike, man?" Oh, they shouldn't be too hard after bringing home a radiator on a Vespa.